Figs and cinnamon is a familiar mix, which I think comes beautifully displayed in interaction with a little port wine and chilli to give a little twist. Figensylt kan bruges som del af en dessert, estimates on ice; equally in the classic blue cheese combination. It also works super on a steak. I totally frivolous with the combination of figs and mushrooms to steak or increased – mums. On a piece of meat or cold in an egg sandwich decorates the flavor also tremendously. The soy sauce gives a slight edge salt, which plays beautifully with the caramelized notes. It tastes almost as if it is flavored with licorice.

4 dl soya, i.e.. Kikkoman or one of the thicker from the Asian shops

chili to taste – fresh or dried

The stem is removed from the figs and cut in half or kvartes or cut into even smaller pieces, depending on what you think is appropriate. Do you older figs, så skær dem i ca 1 x 1 eller 1,5 x 1,5 cm stykker.

Getting the figs in a bowl with port wine and soy sauce – toss well around – and style dish covered and cool until the next day.

On the second day jabbed cinnamon into pieces in the mortar and then crushed to powder in spice grinder. Aim the.

Fig mass is poured into a pot and sugar added with chili and cinnamon. Heat mass and let it simmer about. 2 – 15 minutter indtil konsistensen er som sirup – it is very different how long it takes depending on the type of fig and soy type that is used. Season to taste along the way – is there enough of chili in it? cinnamon? – Otherwise season with a little more.

Remove from the heat and let stand a few minutes before adding Atamon if you use it.

Immediately pour into clean, scalded and optionally. Atamonskyllede glass as close immediately and just turned a walk upside down and back again.

Add it from the spice shelf as you like – there is much that clothes figs – especially the so-called Christmas spices like cloves, star anise, cardamom (Moreover, also the brown), muskat, licorice powder, etc..

One can use the small Spanish figs coated with flour – but because. flour syrup can be no 'long’ in it and it can be difficult to control – try using some without flour. 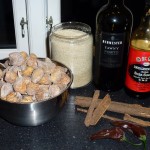 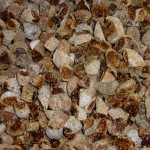 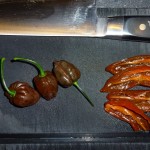 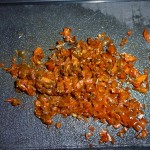 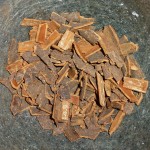 The chili from another day: 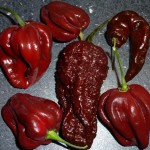