There are many delicious barbecue sauce recipes around the web – Some of buy versions are reputable and most often does one get yourself messed a hit together in a bowl before grilling, which can not be reproduced accurately, but you just make a new next time. I have some ingredients that I keep returning to and made a sauce of slightly larger portion which come in bottles. Here in a little special variant with dark forest honey.

It's a little more time consuming process than to snatch a bottle at the supermarket, but I think of course it is worth it. Judge for yourself, if you have the courage to try. 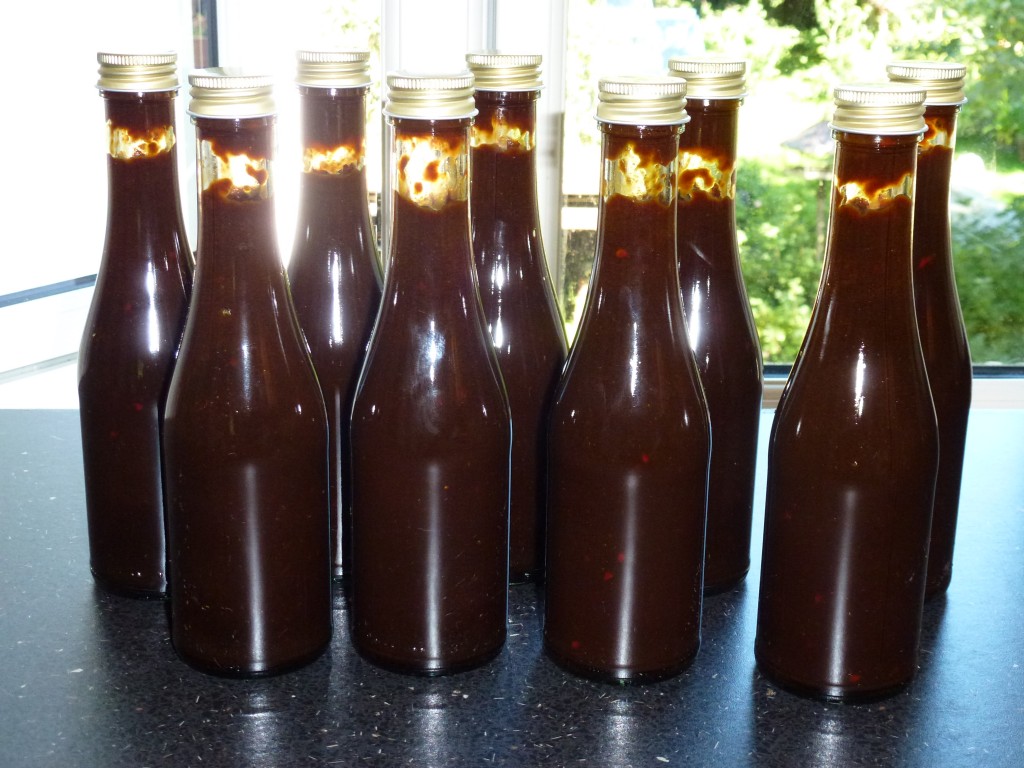 Chili to taste – possibly. smoked (not translated yet)

3 dl mørk soya (use the thick of Asians supermarket)

The tomatoes sliced ​​down the middle and dried in the oven. Store tomatoes stand with me about. 15 timer ved 50 – 60 grader.

Then cold smoked the approximately. 12 timer.

Tamarindpastaen udrøres i 1 liter kogende vand og står og trækker minimum 30 minutter. The juice is strained then down into the pan and the pulp thrown out.

Blend then – preferably with a hand blender. Otherwise, the mass to cool to the temperature as your food processor or blender can handle.

Of course you can use hot smoked tomatoes instead – it takes course only an hour or two depending on how much heat you give them – then they are dried and smoked a little. Fresh tomatoes – without smoke – can also be used, it's just a little something different. 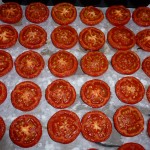 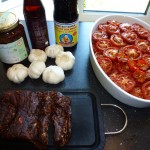 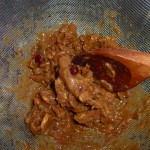 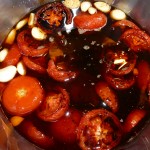 Among other things used: grilled chicken, grilled pepper (T-Bone has fået Barbecue spice (will be translated upon request)) 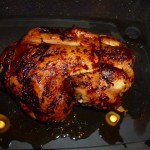 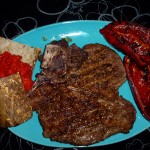 Made with particular. In Trinidad Scorpion Morouga Blend til Portion in.